People behind the Project 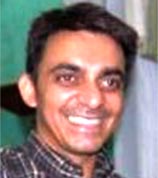 Kuku Arora Kuku Arora is into business of garments. Wholeheartedly, he fathers of 269 children, his own 2 and 267 'Adopted' ones.

When he in 2002 felt the urge to help a small neglected girl from the streets by proposing to her parents that he would come up for food, hygienic care and education. He had never imagined that an after school care for over 267 children would arise from that. Kuku himself often says that he had never allowed himself to think about the consequences and costs at earlier stages, since this most probably would have disheartened him too much to continue.

Until September 2008, he had come up for all the costs of the children all by himself, with the exception of a few church contributions and individual, local donators.

Kuku shepherds the children like a father. He takes care of absolutely everything.

These are only a few of his self appointed tasks:

As mentioned, these are only a few excerpts of his long list of activities.

It takes a very big heart to invest so much time and money, next to having an own family and job. In his ambition to give the children from the streets a real perspective for life, he is completely selfless.

Kuku has this incredibly big heart. Those who know him, praise his calmness and ease. He radiates harmony, kindness and peacefulness. The children love, honour and respect him for good reason. They know that Kuku gave them a great opportunity and they will not waste it. 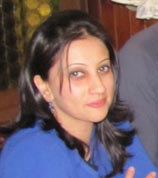 Next to raising their two children (Mira and Kabir), she works as a tour guide in Delhi and gives private English lessons.

Thanks to Priti's commitment, her helpfulness and sincerity. The Sunshine Project not only came into being but was also placed on a sound basis. It was and still is her main concern to help the Sunshine Kids on a long term basis and to let them experience a happy childhood.

She supports Kuku in all his tasks, selects schools for the children, runs all errands, accompanies the children to doctors in case of an emergency and is responsible for the bookkeeping.

Since the number of Sunshine Kids has risen considerably over the past year and the project has reached new dimensions (rebuilding, child sponsorships), Priti has decided to cut down on her English tuition, in order to have more time available for the children. 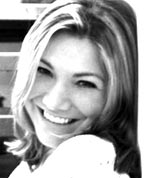 Since 1997, Julia has flown as a flight attendant with the Lufthansa German Airlines.

Due to a job offer of her husband, the family moved to New Delhi at the beginning of 2008. Soon thereafter, she met Kuku Arora to get her clothes tailored. It did not take long before she heard of his wonderful project and was personally intrigued by the children.

Since September 2008, Julia has intensively been involved with the Sunshine project and has dedicated herself to its continuance.

She helps to bring in donations and works at publicizing the project internationally.

This is the reason, why she developed this homepage to offer a platform to all interested parties.

Through her professional connection to Lufthansa, she succeeded in winning over the support of the Lufthansa HelpAlliance. Which provided the project with a generous donation in February 2009. (Read more under 'News' – February 2009).

In spring 2009, she called the Child Sponsorship Programme into life, which aimed at finding sponsorships to cover the monthly fixed costs of the project. (Read more under 'Child Sponsorship Programme'). She was immensely successful in finding some sponsors and is constantly working to look for more. Her other tasks involve sending letters with photos of the children to the sponsors, checking the account credits and being a contact person to all sponsors.

Furthermore it will be her job to keep the child sponsors informed on the development of their children once a year and to pass the children’s Christmas wishes onto them.

If you have further questions or recommendations, please do not hesitate to contact Julia at juliahillebrecht@yahoo.de. 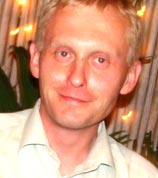 Joachim von Kölichen Joachim von Kölichen was based in Delhi but has now moved to Germany. He was pastor of the German speaking protestant Churches in India, Nepal and Bangladesh. His involvement with the Sunshine Project came about through his occupation, since his congregation was already intrigued by Kuku’s charity work before Joachim started his term of office.

Being a pastor, he wanted to keep up with the project and worked on intensifying the ties, but meanwhile his commitment has exceeded the "normal" level of a working relationship. As a person, he is quite simply fascinated by the eager and thankful children.

In this space, we would like to thank all donators and supporters:

All of you are people behind this project.

We would like to thank all those who have, over the years, supported us in their own special ways. We are grateful to these people for sparing their time, money and effort for the children of the project.